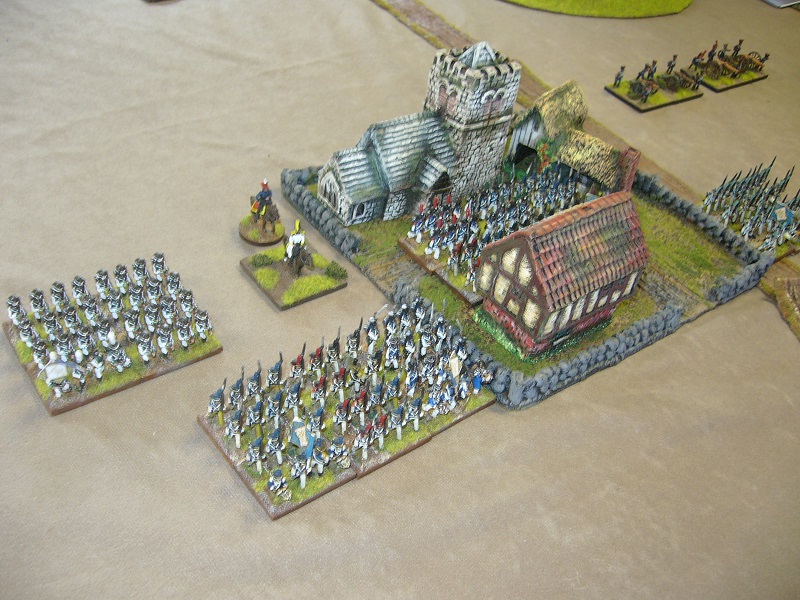 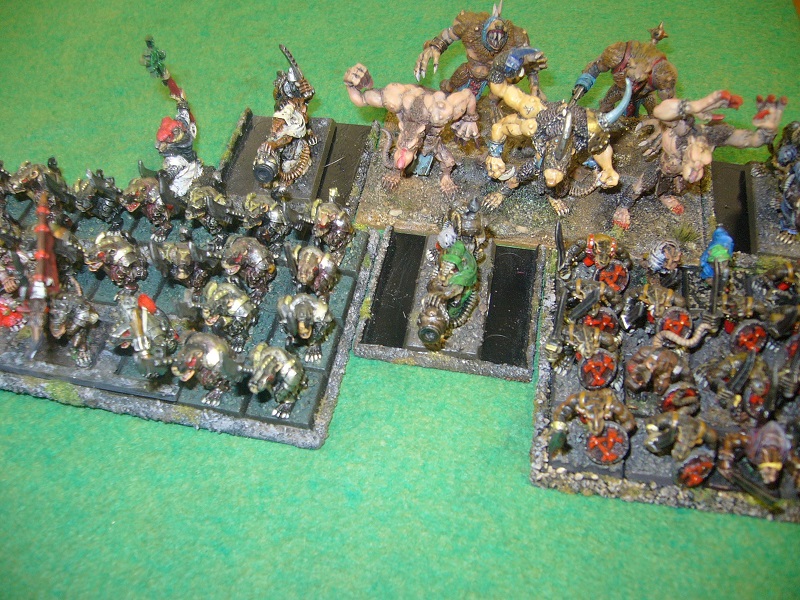 Rob and Kendall played a Bolt Action game, both using British Paras. They then had a Kings of War game, this time both using Dwarfs.

FoG-Napoleonics - We had a couple of FOGN games, getting in some practice for NICon coming up next month and also playtesting version 2 of the rules. Andrew (Prussians) played Stu (Saxons), and Philip (French Army of the Orient) played Mike (Turks)

Kings of War - Rob (League of Rhordia) played a couple of games, first against Alan (Undead) and then Chris (Ratkin).

Flames of War - Ben (German) had a couple of games against Kit (U.S.) 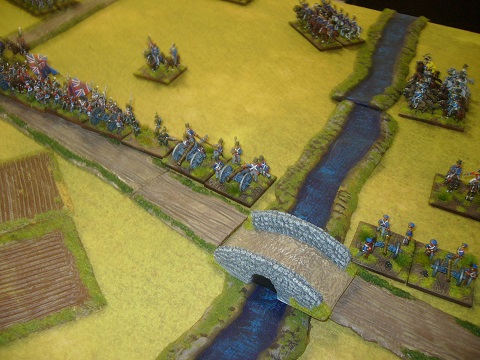 We had several games at the club today. This picture is of one of the Napoleonic games - Kit's 1815 British playing Philip's French. 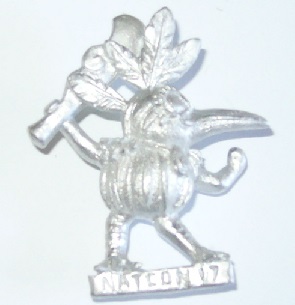 The Nationals were held at the Woolston Workingmens Club in Christchurch over Easter weekend. The event was well attended, although there was a very low turnout from Auckland clubs and Rob and Philip were the only NSWC members there. Rob won 1st place in Kings of War with his Dwarf army.
Amongst the loot bag was this souvenir figure of the Natcon Kiwi!

A busy day at the club today - 5 games of Flames of War, 4 of Kings of War, and 1 of FoG Napoleonics.

Flames of War. Mike (Russians) played Greg (Germans) in a practice game for Equinox next week.

It was good to see some new faces at the club. Welcome to the new guys! There was a good range of games being played today as well.

Flames of War
Steve's Soviets took on Ben with a daunting array of King Tigers. 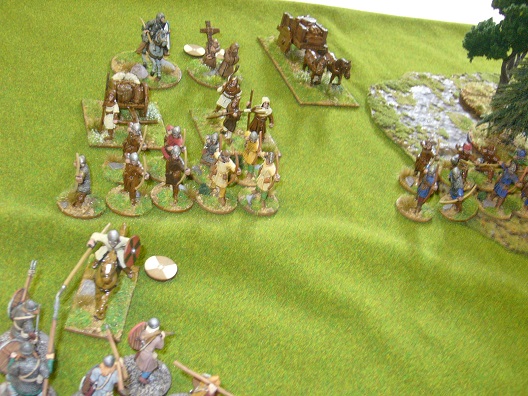 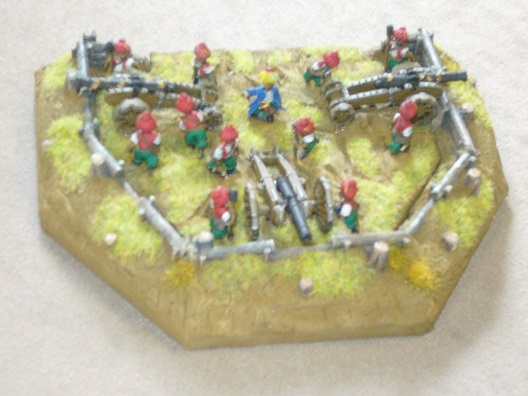 Saga - Rob and Alan had a game with Vikings attacking a Norman baggage train. 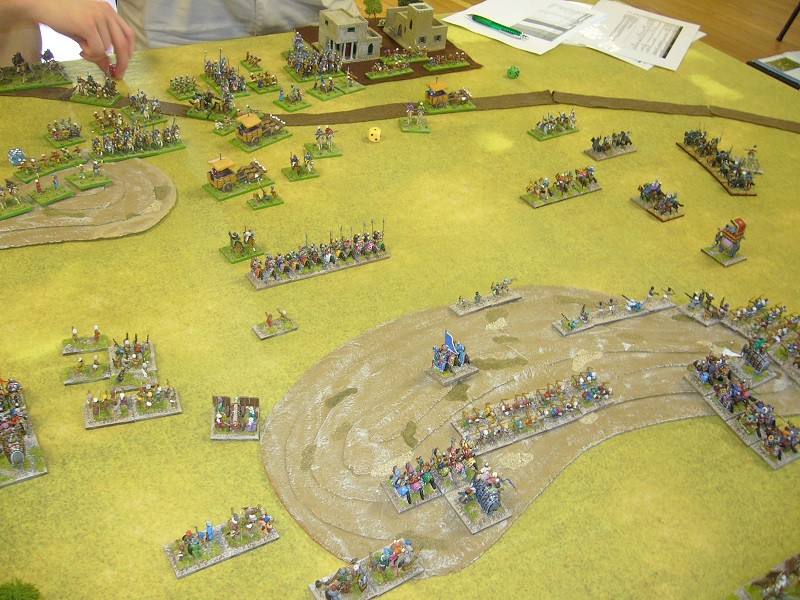 15mm DBR Moghuls and Muslim Indians. The Muslim Indians begin leaving their hill moving towards the Moghuls defending another hill and village.

DBR - Mark and Tom visited the club to play a doubles game with Philip and Grant. It was a 600AP game, with Moghuls taking on Muslim Indians with Maratha allies. A win to the Moghuls!

KOW. Rob and Alan played a couple of battles from the Destiny of Kings narrative campaign.

At the AGM we re-elected the council - President Steve, Secretary Kendall, and Treasurer Kit, and set the club fees at $60 for the year or $5 for casual visitors.

Games at today's meeting:
Kings of War - Philip (Kingdoms of Men) beat Alan (Forces of Nature) 2-1 in the Loot scenario.
FOG-Napoleonic - A couple of games playtesting the 2nd edition rules: Mike defeated Andrew, with a French cuirassier counter-attack destroying a Prussian flank march. In the other game Brett's 1805 French beat Kendall's 1815 Prussian Guard Corps.
Flames of War - Steve and Kit had two games, both resulting in a 5-2 victory to Steve's Soviets against the Germans. 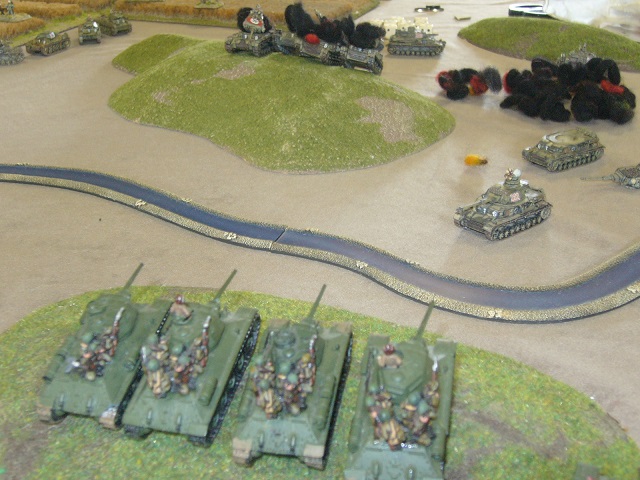 The year got off to a good start with several more games at the club.
Brett ran a couple of playtest games for the new version of FOG-N. He used an Austrian army first against Andrew's Russians and then against Mike's Peninsular British.
KOW - As usual there was a good number of Kings of War battles as well:
Rob (Night Stalkers) played Philip (Kingdoms of Men)
Mike (Abyssal Dwarfs) played Kendall (Forces of Nature)
Rob (Night Stalkers) played Steve (Varangur)
Kit (Orcs) played Philip (Kingdoms of Men)