Today was the final meeting of the year, a fifth Sunday, and it was a well-attended meeting.

Our annual fantasy competition, Kings of Shore, was on today. Eight of us took part using 1250 point armies and the new 3rd edition of the rules. Rob won first place using the Northern Alliance, Kit was the best sport, and Philip's Nightstalkers won the painting prize.

As well as KOS, it was also a regular club meeting with a couple of FOGN games: Andrew (French) played Mike B (Anglo-Netherlands 1815), and Al (Peninsular British) played Grant (Peninsular French). 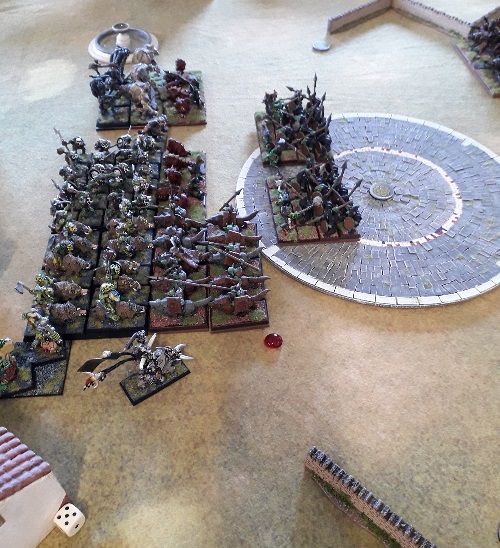 Orcs and Goblins battle it out at Kings of Shore 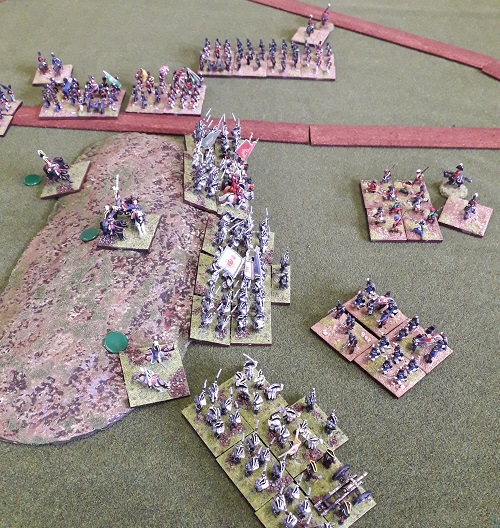 Spanish guerillas distract the front of the Saxon line while, at the top of the picture, the British light division moves around the Saxon flank

DBMM - Benny and Rob had a 25mm ancients game, using Portuguese and Bretons.
FOGN - Mike B (Anglo-Netherlands 1815) played Philip (French 1793)
Al played Andrew
Corbon played Grant
As well as the regular 800 games, we tried out the 500 point variant in several games: Brett played Kendall, Kit played Mike H, and Kendall played Kit.
Kings of War - The version 3 rulebook has arrived which we'll be using for Kings of Shore on the 22nd of December. Alan and Philip had a game today using Goblins and Nightstalkers.

Flamescon 9-10 November
A good showing from our club at the Flames of War tournament, both in terms of attendance and competition results. And getting stuff painted. Lee was 1st, Rob 2nd, and Ben 3rd. Jolly good show! 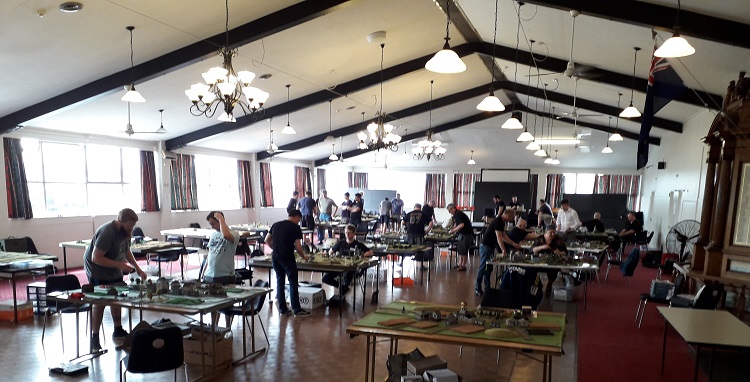 A very quiet day at the club today, with several of us away at HMC. Today's games were Kit and Ben playing in Flames of War getting some practice for Flames Con, and a FOGN game between Brett (Austrians) and Andrew (French 1812) with a win to Andrew in a very close game.

HMC is a 25mm DBMM tournament hosted by the Pukekohe club. This year we had a good number of us playing - Rob, Al, Philip and Grant - but no silverware to take away this time. Here's Grant's Libyan army with lots of Libyans, Sea Peoples, and extra supplementary Libyans. 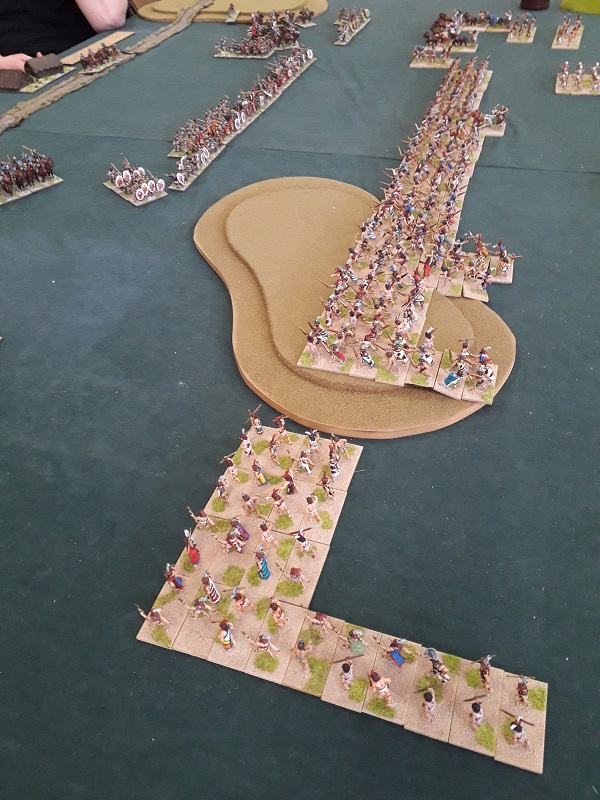 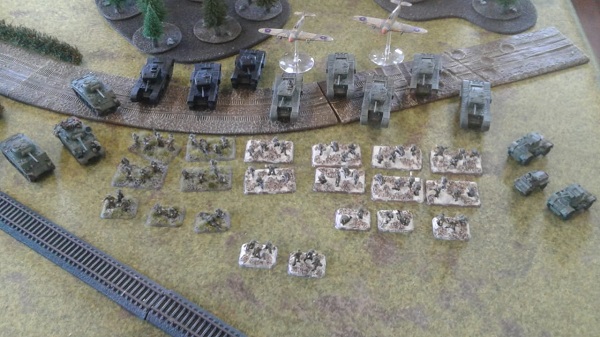 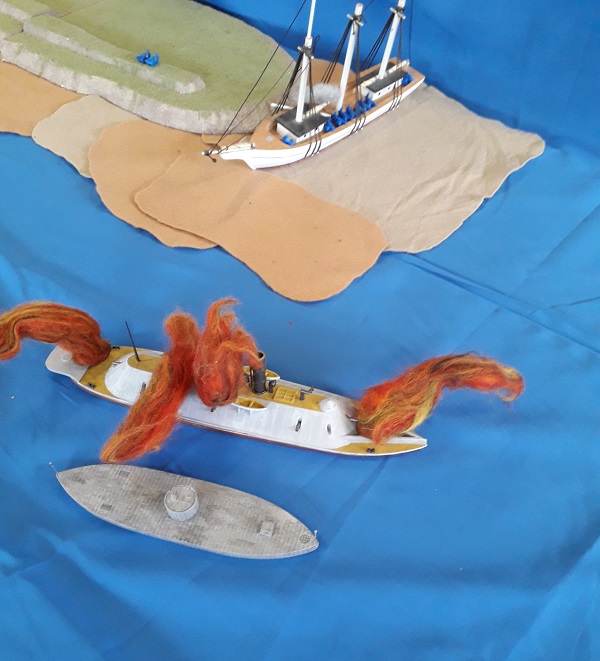 It's the fifth Sunday of the month, so we had another meeting. And daylight saving time didn't seem to affect attendance much either! Games at the club today:
FOGN Brett (Neapolitan 1815) played Mike B (French 1815)
Andrew (French cavalry corps) played Mike H (French 1814)
Corbon (USA 1812) played Kit (British and Spanish)
Bruce and Rob had a couple of games of ACW naval trying both Victory at Sea and an older set of rules from Battle magazine from the 80s.
Kings of War Alan (Undead) played Philip (Nightstalkers)
Philip (Nightstalkers) played Rob (Nature)

Club meeting 22 September
With many of the club playing DBR, there was only one other game at the club today - Corbon and Andrew played FOGN.

Congratulations to Grant for winning this year's Renaissance tournament. John was second and Kit, in his first POP, was third.

Quite a range of games happening at the club today -
ADLG Greg and Mike H had a 15mm ancients game using Art De La Guerre rules; the first time ADLG has been played at the club.
DBMM Rob (Medieval Portuguese) played Philip (Kushite Egyptians) in a 25mm DBMM 240 game.
FOG-N Al (British) played Andrew (French)
Mike B (French 1815) played Philip (Anglo-Netherlands 1815)
Chain of Command Kendall and Kit had a 15mm WWII game, with lots of nice new terrain on display.
Flames of War Lee had a couple of games against Phil and Ray. 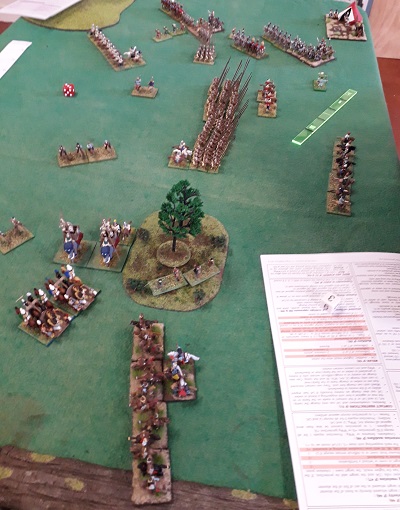