We had a quiet club meeting on the last day of the year, but still got three tables up. Kendall and Rob played some 25mm Napoleonics with Songs of Drums and Shakos using British and Turks. There were a couple of FOG-N games, with Andrew's French cavalry corps beating Stu's Mamlukes, and Mike's Turks beating Philip's British. Lots of Turks in all the games! 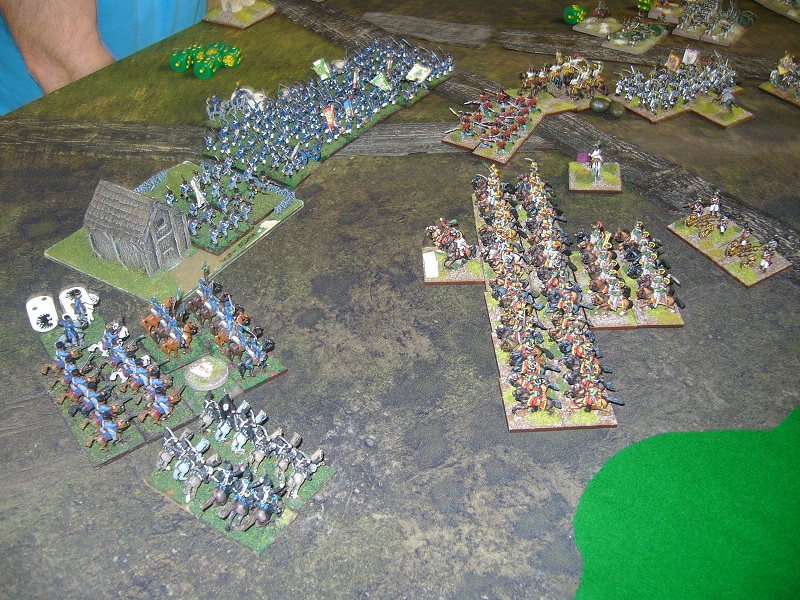 Now that the two recent Kings of War tournaments have finished, there are fewer KOW games at the club - just the one today, Rob (Nature) played Grant (Dwarfs)

There's a contingent of us going over to CanCon in 2018 to play FOG-Napoleonics 2nd edition, so we'll expect to see some more practice games in the next couple of months. There were a couple of games today: Andrew (Prussians and Russians) beat Brett (Austrians). Mike (Turks) beat Philip (Netherlands 1815)
In both game the defenders with Flexible Defence beat Frontal Assaults.

Rumble in the Jungle 19 November

Congratulations to Chris who won first place at the Kings of War tournament held at Mighty Ape HQ. There were 10 players in the competition, almost all of us from the NSWC.
The event was also a good opportunity to show off terrain set up on DeepCut Studio table mats, at least two of which were ordered on the day!

Kings of Shore. Our KOW tournament had a really good turnout - 18 players including several from out of town. Chris was the highest ranked NSWC player, so won the club fantasy trophy. Brett's army of Eureka frogs won the best painted army prize!

A good variety of games at the club today - some Flames of War, lots of Kings of War (ten 1250 point games with Alan, Chris, Rob, Brett, Steve, Kendall, Kit, Mike, Simon and Bruce), and some 20mm Crossfire WWII with Bruce, Steve and Braith.

With the Kings of Shore tournament coming up at the end of the month, we had lots of practice games using 1250 point armies. Players and forces were: Alan (Basilean), Kendall (Empire of Dust), Philip (Empire of Dust), Chris (Empire of Dust), Braith (Brotherhood), Simon (Elves), Mike (Abyssal Dwarfs), and Kit (Orcs).

Other games included FOGN - Stu's Mamlukes taking on Andrews Russians and Austrians - and some Crossfire games with Bruce, Braith and Kit.

Kings of War - Steve Varangur had a couple of games using the Varangur, first against Philip (with Empire of Dust) and then again against Philip and Braith. Two wins to Steve!
Rob (Kingdoms of Men) played Mike (Abyssal Dwarfs) 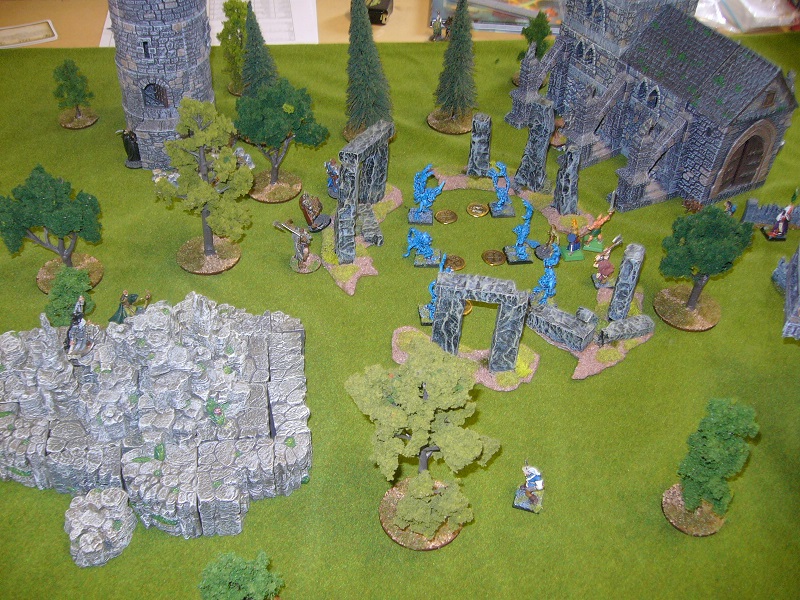 Another really well-attended meeting today with lots of games going on. 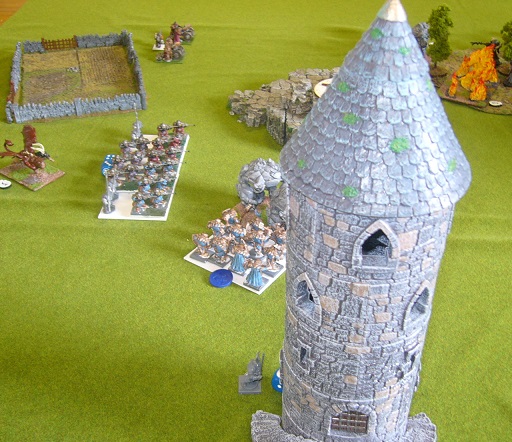