Our last meeting of the year was devoted to a KOW tournament. Kit won first place with Orcs in a field of 8 players.
Tournament details: 1250 points, 4 rounds of 1.5 hours

Kings of War - Brett (Kingdoms of Men) played Kendall (Forces of Nature)
We also discussed running a one-day KOW tournament in the first meeting of December. More details to come.

A couple of games for people not at competitions yesterday.
FOG-N: Brett (French) played Stuart (Russian) with another playtest of some potential rule changes.
15mm Medieval: Alan (Castillian) played Kendall (100YW English) using Kings of War Historical and then L'Art de la Guerre. Verdicts - KoWH is fun but not particularly serious although if both players make a more historical army then it's a nice, quick set of rules. LADG is a bit like a mashup of all the best parts of FoG and DBx, size is comparable to DBMM240. Quick and enjoyable game and can see why it's picking up traction in Europe. 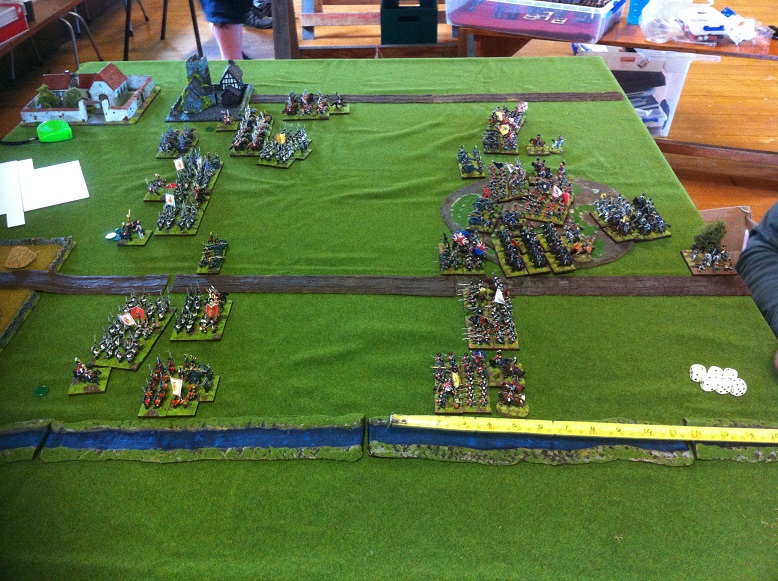 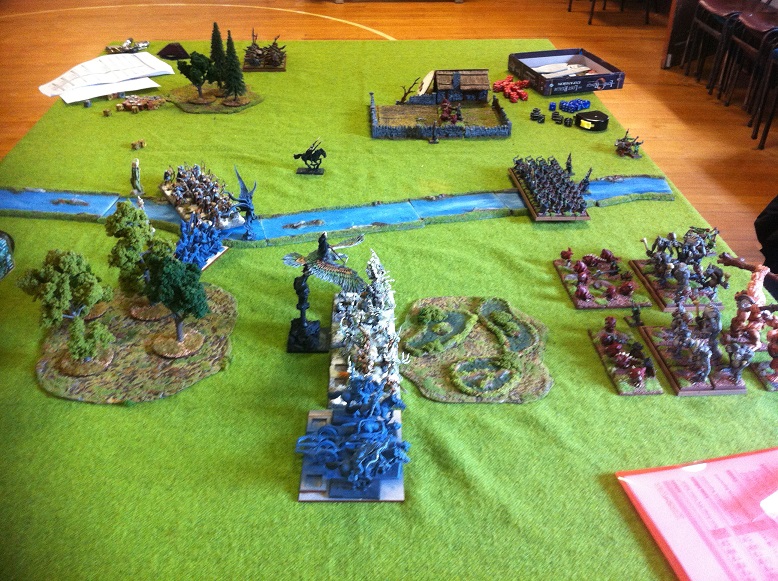 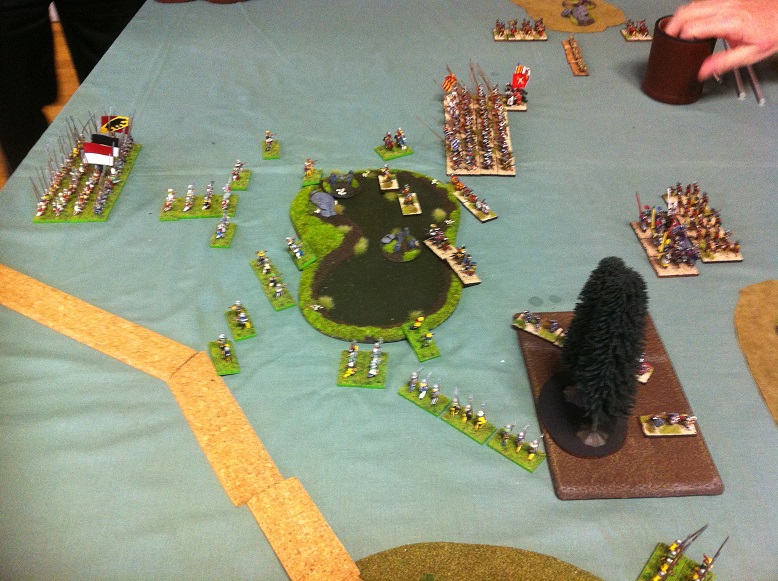 As well as the second day of POP, there was one other game at the club today. Brett and Andrew did some FOGN playtesting, using Austrians and an 1813 multi-national corps. 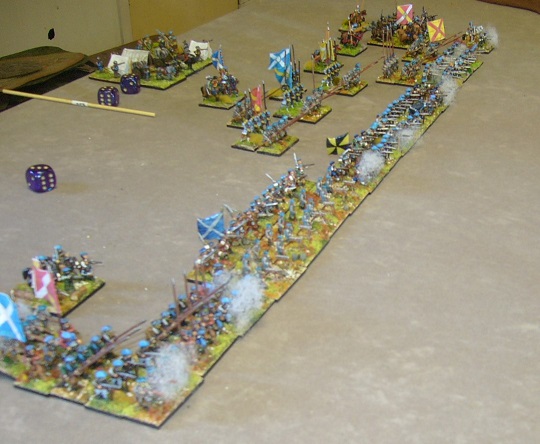 Another good turnout with quite a variety of games being played - Tanks, Halo Spacefleets, Kings of War, Flames of War, FOG Napoleonics, and DBR (a practice game for Push of Pike next meeting).

Today's club meeting was devoted to our Kings of War tournament, which was also the club tournament. Brett took first place in both competitions.
Players pack.

Flames of War. We had three WWII games today - Lee and John, Lee and Rob, and Kit and Steve.

Kings of War. Mike had a couple of practice games with his new Abyssal army, against Rob and Alan.

Panzerschreck is coming up next weekend, and in preparation for that, John, Ray, Rob and Steve had a couple of practice games.

Another bustling day at the club today with heaps of games happening!

Al and Kit continued their WWII game from the previous meeting, carrying on from where they left off last time. 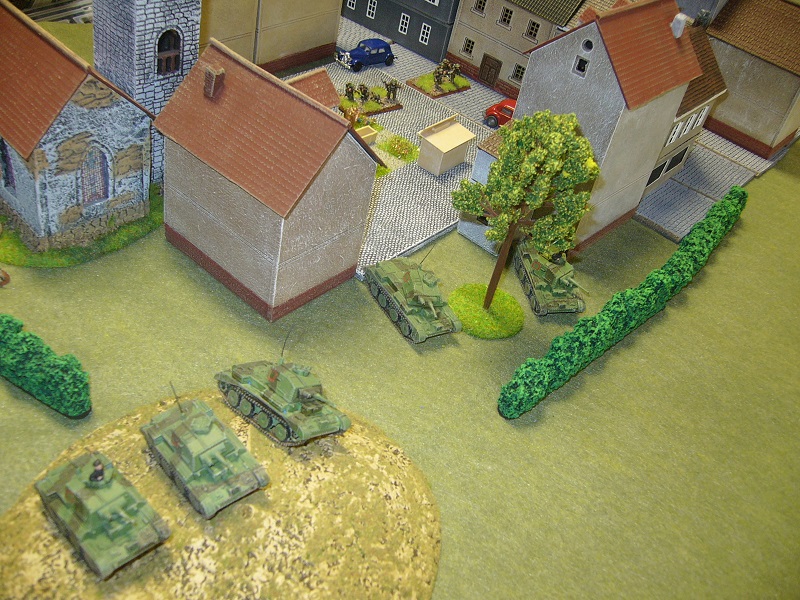 We had some interesting games at the club today. Steve's most recent acquistion, a Chaos army bought at NICon, had its first game (and a successful one too!). Al and Kit had a 15mm WWII game using a modified set of WRG WWII rules. There was some pretty impressive terrain on display too.
There were also a couple of Flames of War games - Ray's Brits taking on Steve's Germans, and John's German armour attacking Rob's Polish Home Army.
Several more Kings of War games too:
Kendall (Brotherhood) played Philip (Kingdoms of Men)
Philip (Kingdoms of Men) played Steve (Varangur)
Kendall (Brotherhood) played Rob (Brotherhood). That doesn't sound very brotherly, does it?

This year's North Island convention was in Hamilton. Rob and Mike played in the Flames of War competition, winning First and Third places. In FOG Napoleonics, our club had 7 out of the 10 players and took out the top three places - Kit 1st, Brett 2nd and Andrew 3rd. 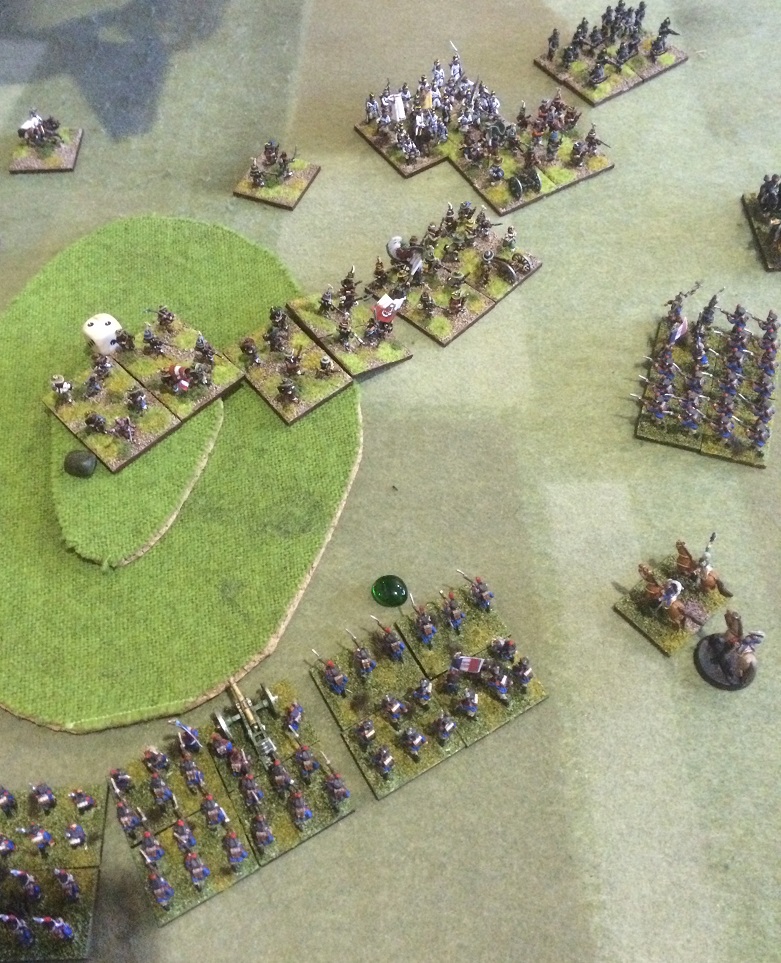 The French army attacks the Tyrolean rebels defending their hills.

Next year's NICon will be held in Auckland. 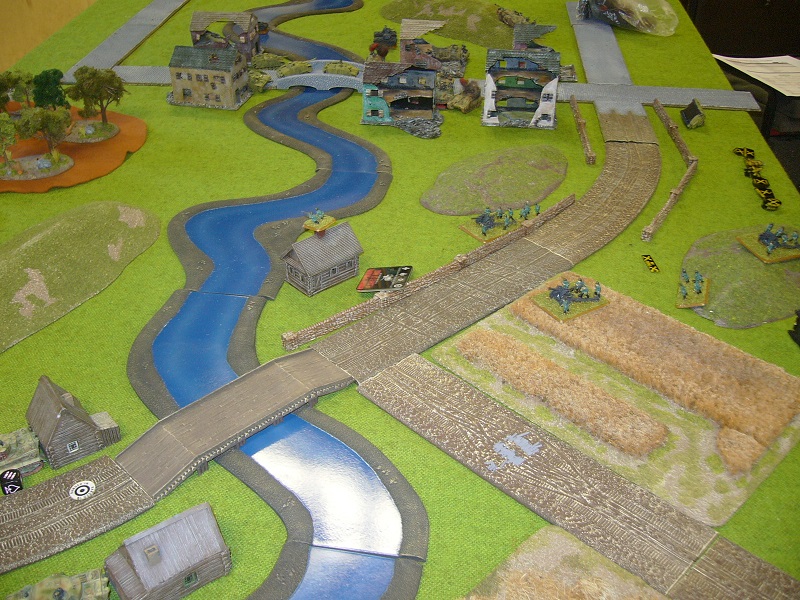 With NICon coming up next week, we had a few practice games. And several more Kings of War games as well. 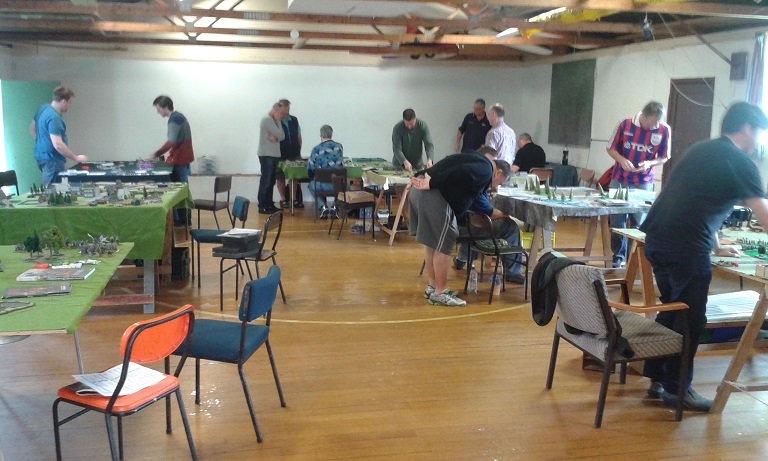 Kings of War. David from Mighty Ape visited us to play a couple of Kings of War games. His Ogre army beat Philip (Kingdoms of Men) and then Rob (Abyssal Dwarves). In other games, Rob played Brett (Elves) and Brett played Philip.

No club meeting this weekend, but instead we had a FOG-Napoleonics tournament. Kit took 1st place.

Blucher. Brett (Austrians) played Kendall (Prussians), but the game was abandoned as being boring.

Our club got a good haul of trophies at Battlecry, taking out all the places in Napoleonics (because we made up all of the competition), 2nd and 3rd in Kings of War, and 3rd in Flames of War. 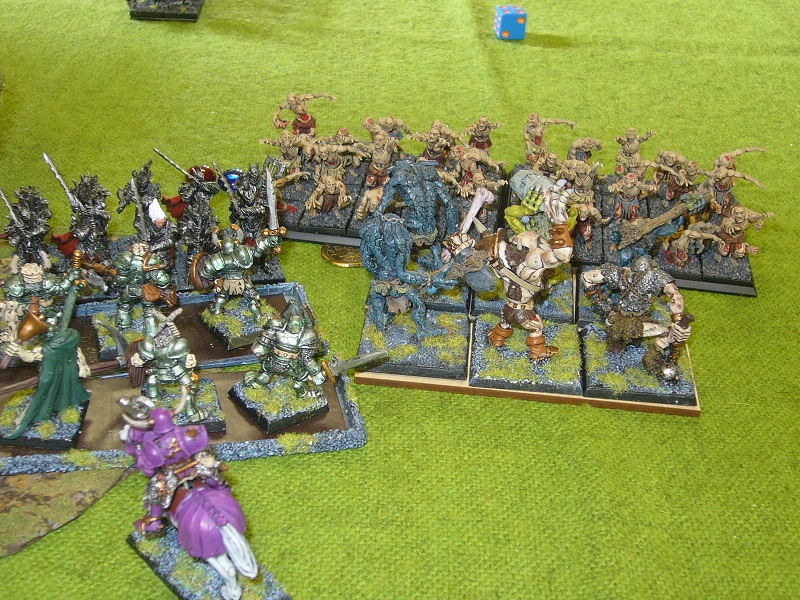 Kings of War - Rob and Alan had a couple of quick KOW games.
Field of Glory Napoleonics - Brett and Kit played a scenario game, trying our some new things for Battlecry.
There was a multi-player game between Al and Philip (1815 Anglo-Netherlands) and Kendall and Lawrence (1812 Russians), with 2000 points a side.
Flames of War - Steve (Soviet hero tankovy) played Gervais (Hungarians)
Steve (Red banner strelkovy) played Rob (SAS)