The club finished the year with a quiet meeting and we played three games. Our first meeting of 2021 is on 10 January and we'll be holding the Kings of Shore KOW tournament then. The club will also be open for regular games for anyone not playing in the tournament.

French Old Guard assaulting a Hanoverian strongpoint. The Guard will take the town and sweep away the supporting Brunswickers. 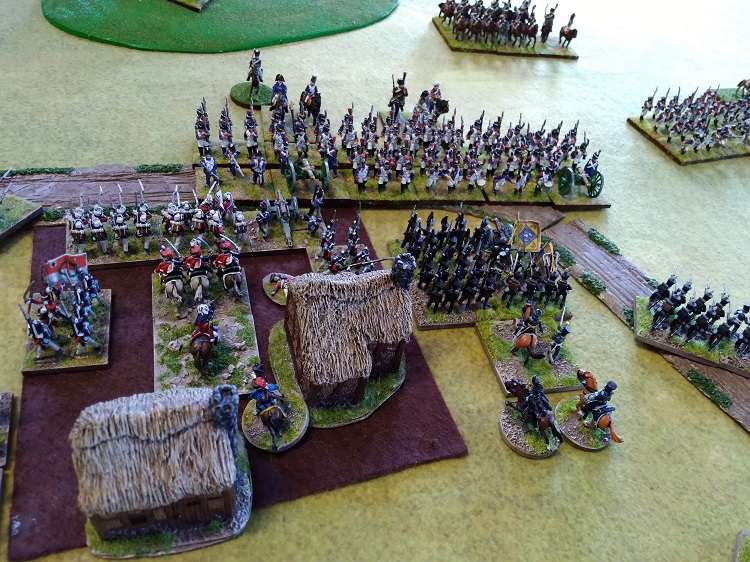 An impressive line of Soviet heavy metal, but what's that, StuGs on the flank? 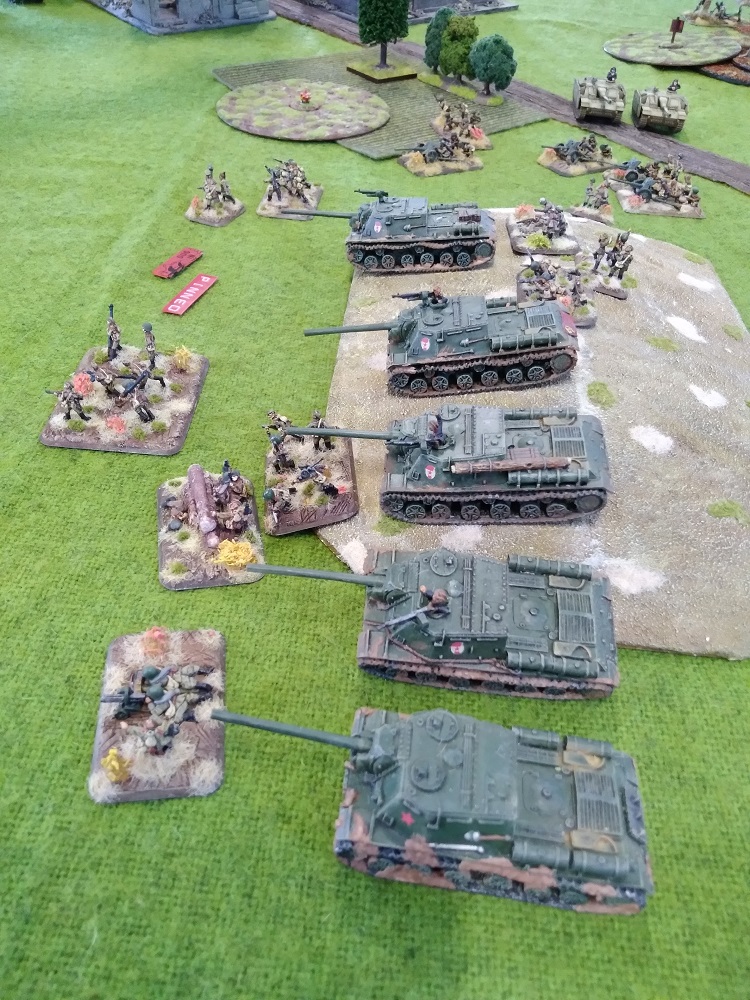 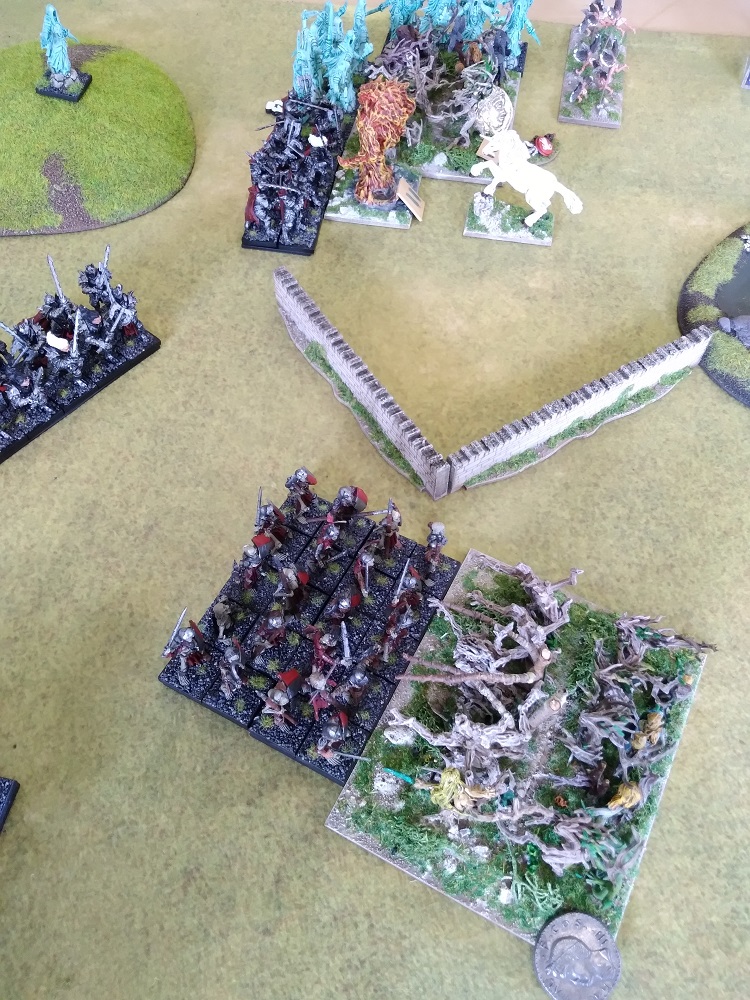 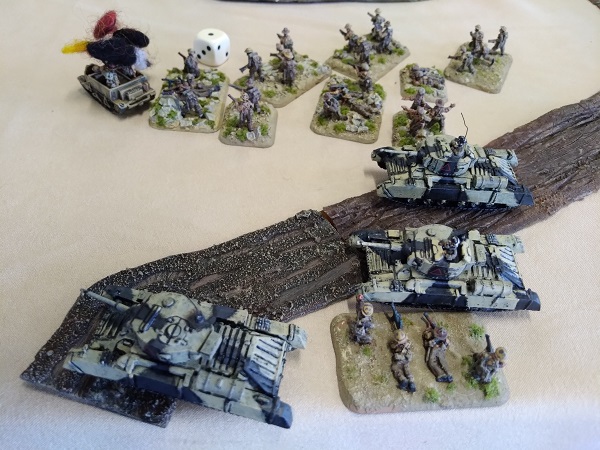 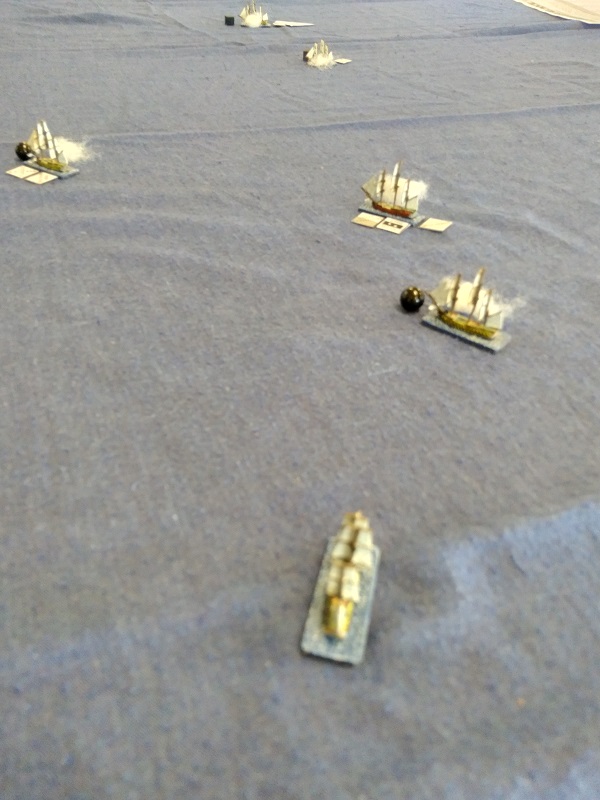 And finally, a reminder that we have another meeting next week being the fifth Sunday of the month. 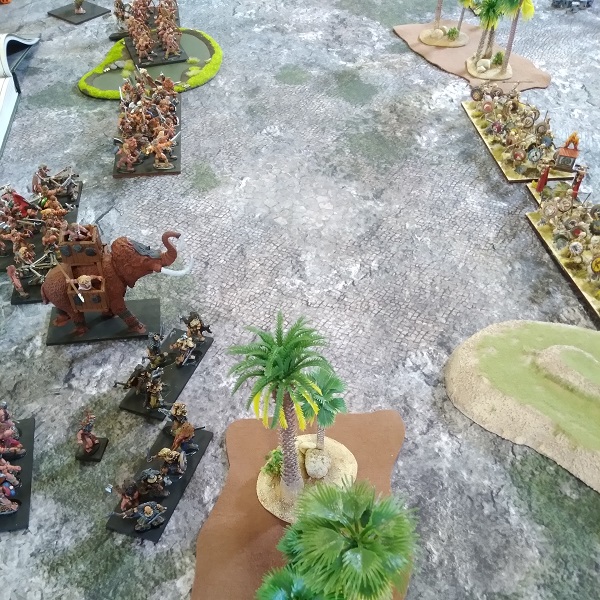 Congratulations to Al the Spartan for winning the bronze medal in this 25mm DBMM tournament. Several others of us from the club also attended, but with no medals to show off. Thanks to Ivan and the Pukekohe club for hosting the event.

A rather quiet meeting today with our Flames of War players away at FlamesCon. We still had four games though:
FOG-N - Al (Peninsular British) played Mike H (French Army of the North 1808)
Brett (Austrians in Germany 1799) played Philip A (French Army of the Orient 1799)
Corbon (Russians) played Mike B (French 1815)
DBA 15mm - David (Anglo-Normans) played Phil B (Greeks) 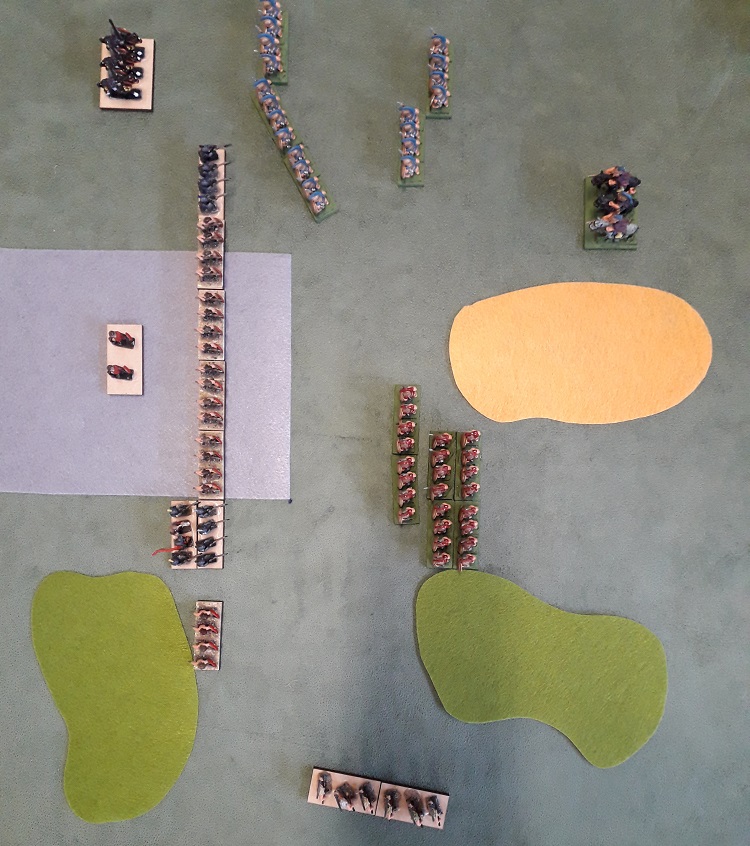 We had a regular club meeting alongside the second day of POP. There were a couple of Flames of War games between Ben's Germans and Kit's US forces. Al (British 1811) played Shaun (French Corps d'observation 1808) played a FOG-N game.

Congratulations to Rob for winning our annual renaissance tournament Push of Pike. Mike took second place using Koreans, and the Benny/Brown alliance were third using Persians. Attendance was a little less than we would usually expect, but there were still ten participants over the weekend.

Today's meeting was held in two sessions to keep within attendance limits. 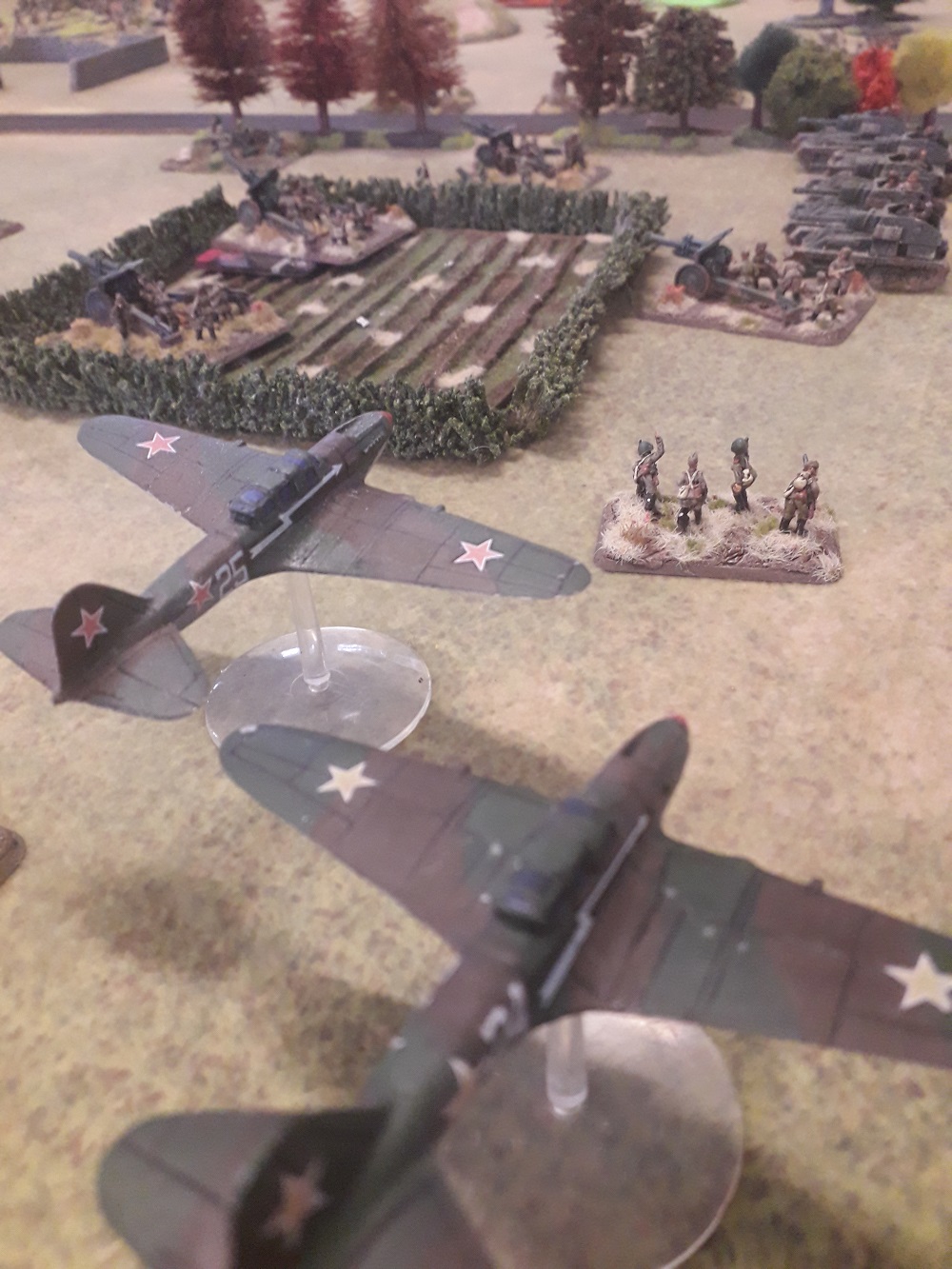 Call to Arms is an annual tournament held in Wellington. There were a couple of NSWC players there this year; Rob playing Saga using Vikings, and Al using Tudor English in DBMM. Congratulations to Al in winning the silver medal! 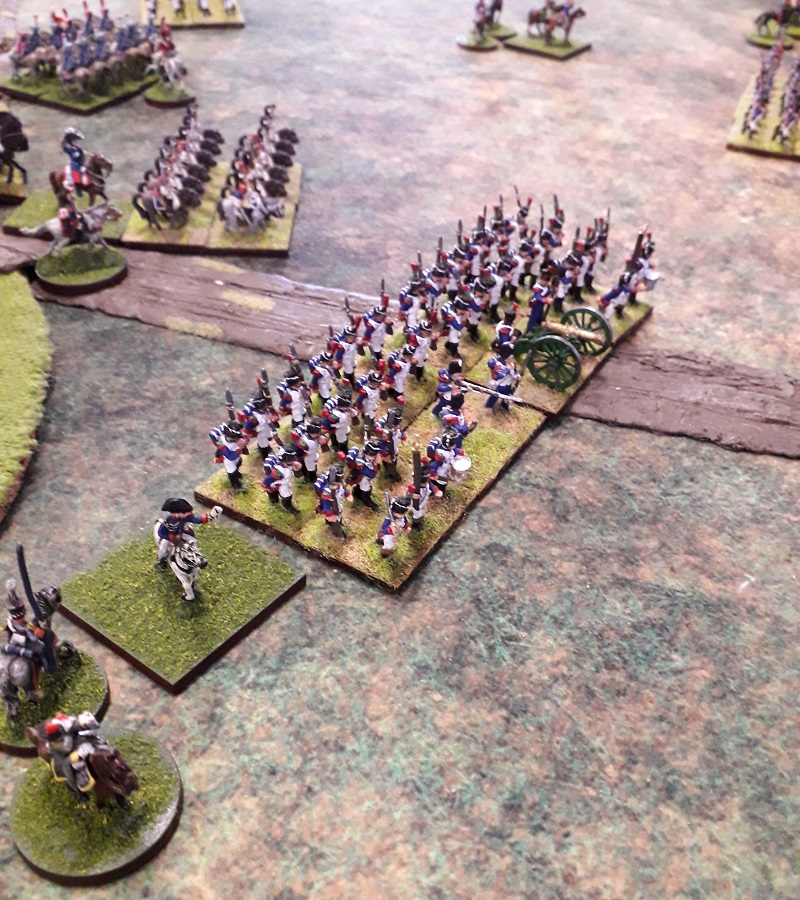 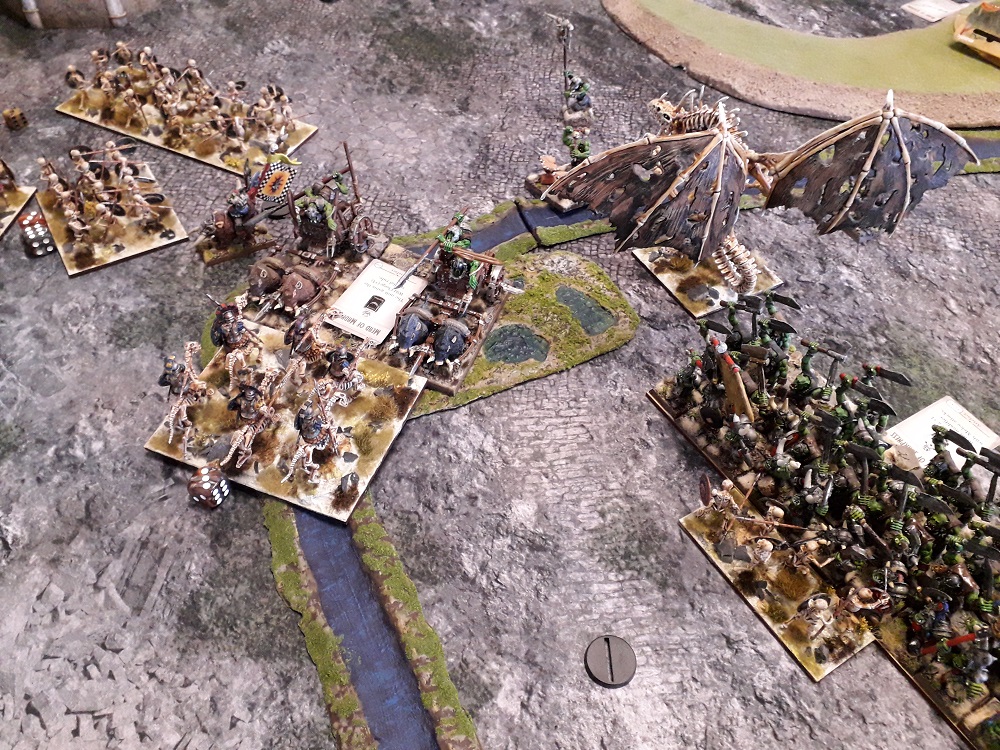 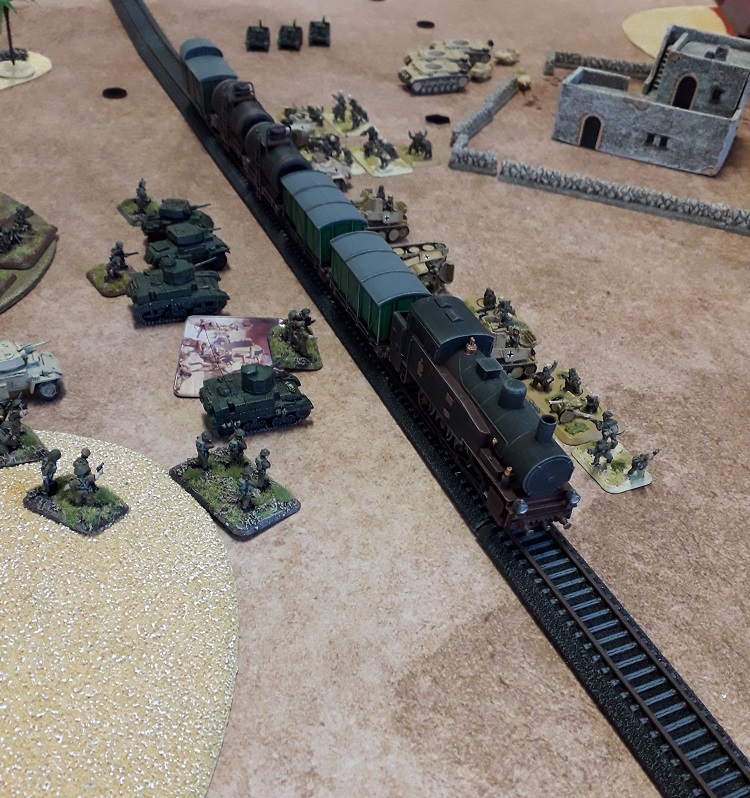 HOTT - Alan and Rob played some Hordes of the Things.
FOW - Lee played Ray
FOW - Rob and Brent played in the desert scenario pictured here featuring the train and fort.
Crossfire - Bruce and Phil played a 20mm WWII game using Australians and Japanese.
FOGN - Brett organised a multiplayer refight of Hohenlinden (1800). On the winning Austrian side were Andrew, Corbon, Mike and Stu, and the defeated the French commanders were Kendall, Kit and Philip.

The club resumed our normal meeting schedule today. It was good to see everyone back with some newly painted troops and terrain to show off. And the bakery is open! 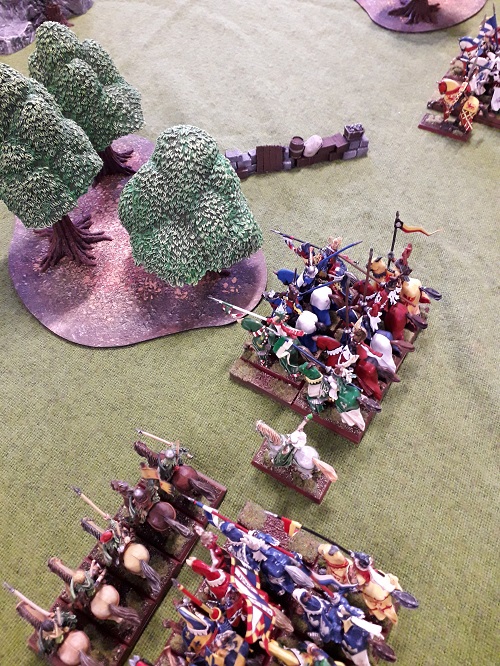 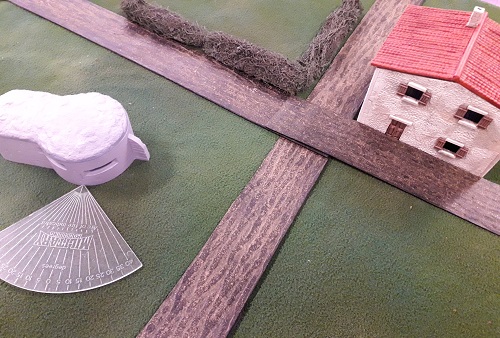 Club meetings were temporarily suspended during the the COVID-19 Level 3 and 4 alerts. Regular meetings will resume under level 2. 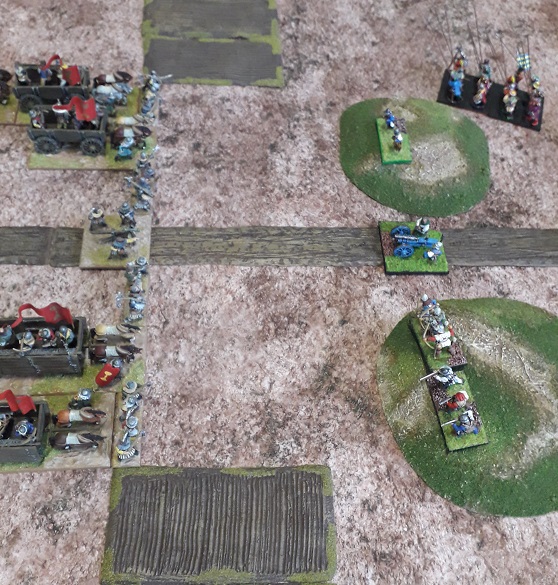 At the AGM we re-elected the committee, Philip - President, Kit - Treasurer, and Stu - Secretary. Fees are $50 for this year, or $5 a meeting for casual visitors.

As well as the AGM, or perhaps because of it, there was a really good turnout for gaming.
Saga - Alan and Rob had a game of Saga, the first we have had at the club for a while.
FOGN - Corbon (French Corps d'Observation 1808) played Paul (British in Portugal 1808)
Andrew (Russian cavalry corps) played Brett (French 1813)
Mike (Saxons 1812) played Philip (French Army of the Orient 1798)
Al (Peninsular British) played Stu (Saxons)
Sharp Practice John (Turks) played Rob (Spanish guerillas)
Flames of War - John (Soviets) played Kit (Germans)
Ben (Germans) played Kit (US)

Kings of War - There were a couple of games of KOW at the club today, Kendall (Empire of Dust) played Regan (Kingdoms of Men, and Alan (Basileans) played Rob (Free Dwarves). We also had a couple of Vanguard games between Greg and Simon, and Alan and Rob.
FOGN - Al (Peninsular British) played Andrew (Russian guards).
Corbon (French 1813) played Mike (Saxons)
In FOGN 500, Grant (French) played Paul using Mike's old British army now under new management. Kit (Peninsular British) played Philip (French Army of the Orient), a game notable for the table collapsing under us before we restarted the game. Kids, don't use the plastic trestle table.

Flames of War - Lee (Germans) played Brent (British), and then in a second game Lee using a US force played Ben with Germans. 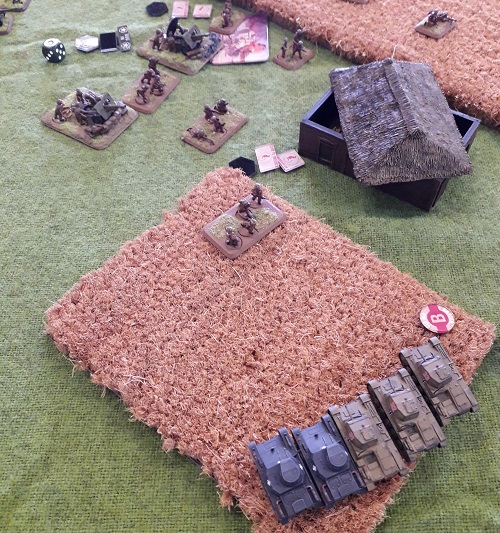 A great mass of French and Westphalian cavalry about to clash.

A somewhat quieter meeting today - There was a FOGN game between Andrew and Corbon, and a Kings of War game between Alan and Rob.